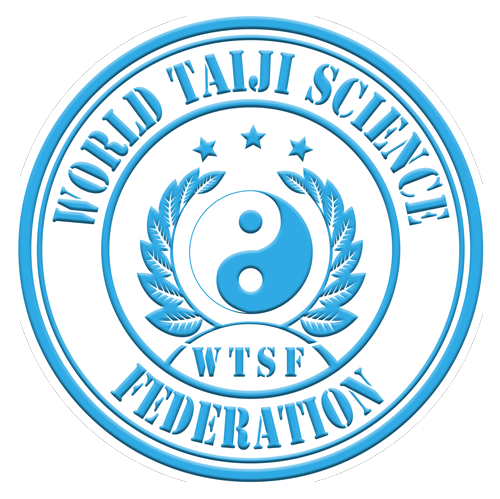 ( Dr. Li Shudong, Secretary-General of the Taiji Science Federation, Director of the Organizing Committee, and representative of Chen Style Taijiquan, introduced the background and preparations of the forum.)

At the press conference, the organizers, Taiji experts and scholars, and Taiji Inheritors gathered together in a warm atmosphere. The conference was hosted by Yu Gongbao, the founder of the World Taijiquan Net, which has nearly 3 million Taiji and Qigong members.

Dr. Li Shudong pointed out Taijiquan is a treasure of Chinese traditional culture. Its core concept of Yin and Yang dialectics and the unity of nature and man is the philosophy summarized from the human society’s development. Taichi gained its popularity from its health benefits. In recent years, millions of people across nearly 200 countries in five continents are practicing Taiji, absorbing China’s traditional culture and improving their physical and mental health in the form of Taiji exercise. On December 17, 2020, Taijiquan was officially inscribed on UNESCO’s Intangible Cultural Heritage Representative List, which provided a good opportunity for the globalization of Taiji wellness and health. Vice President Hu Hua first gave a warm welcome to the experts and scholars on behalf of Hangzhou Normal University. Mr. Hu Hua then introduced that Hangzhou is a beautiful, modern, and charming city. It not only hosted the G20 summit, but also will host the Asian Games （Asia) in 2022. Hangzhou Normal University is a key university with balanced development in teaching education, art education, and many other disciplines.

Dr. Li also stated Taijiquan originated in China and now belongs to the world. Amid covid-19 pandemic, the Taiji Science Federation, in collaboration with more than 60 experts and scholars from 32 well-known universities in 16 countries and regions, as well as more than 10 Taiji intangible cultural heritage inheritors, jointly organized the ” First International Taiji Science Online Forum and World Intangible Cultural Heritage Taiji Masters Online Exhibition ” and will host such events annually in the first Saturday of December. This year’s event is scheduled to be held online from December 1-5, including two parts: The first is to focus on sharing the scientific research results of Tai Chi and discussing the development direction of Taiji science; The other part is the world intangible cultural heritage Taiji Masters online exhibition, which is participated by the Taiji Masters from major genres. It introduces the characteristics of each Taiji genre, as well as the fitness and health effects and martial arts effects, and carries out a wonderful video display. All activities are open to public and free of charge. One can register through the website of the organizing committee to get the forum link. www.wtjsf.org.

(Mr. Zhou Wu, the co-chairman of the forum, Dean of the School of Physical Education of Hangzhou Normal University then delivered a speech)

Dean Zhou Wu, School of Physical Education of Hangzhou Normal University, also delivered a speech. He gave a detailed introduction of the school, faculty and majors. The school’s Taiji and Wushu athletes were also presented through video.

(Mr. Zhu Weimo, the co-chair of the forum, the scientific consultant of the US Presidential Committee on Physical Fitness and Economic Sports, the member of the American Academy of Kinesiology and Sports Science (AAKPE), and the tenured professor of the University of Illinois, is also one of the initiators of this forum.)

Mr. Zhu Weimo commented on the development of Taiji scientific research from a unique perspective. He hopes that with the help of modern scientific research methods and the platform of the Taiji Science Federation, the traditional Taiji health culture, including the research of Taiji as martial arts techniques, will be advanced significantly.

Mr. Ron Zaidman said Taiji is a cultural treasure, not only for Chinese, but also for people all around the world. California Five Branches University is committed to promoting traditional Chinese culture and Taiji is a key component. The “five branches” in the university’s name refers to the five kinds of Chinese traditional therapies treating diseases and maintaining health: acupuncture, Chinese medicine, massage, Qigong and food therapy. He’s happy to have the opportunity to participate in the conference and listen to the Taiji masters presentation and thankful for their contributions in promoting people’s health. He also delivered his gratitude to Mr. Shudong, Hangzhou Normal University and the World Taijiquan Net for their efforts organizing the events.

(Professor Baverley Kane from Stanford University made a speech)

Professor Baverley Kane from Stanford University introduced herself and said she teaches Health Qigong, Ba Duan Jin and Medical Taiji courses at Stanford University. Her research also focuses on the health-promoting effects of Taiji and Qigong. She’s thrilled having the opportunity to participate in the conference, and she looked forward to having more exchanges and cooperation with other scholars at the conference.

Grandmaster Chen Zhenglei, Grandmaster Zhao Youbin and Grandmaster Li Deyin attended the conference. They introduced the process of the applications for Taijiquan’s inscription on the Representative List of the UNESCO’s Intangible Cultural Heritage and the characteristics of their respective Taiji styles. They also provided wonderful video demonstrations go their styles.

Grandmaster Zhao Youbin, born in a family of Yang’s Taijiquan masters in 1950. He started leaning taijiquan at the age of seven from his father Zhao Bin (1906-1999), who is the grandson of Grandmaster Yang Chengfu. Zhao Youbin started teaching taijiquan at the age of sixteen. Now he has students in Hong Kong, Macao and Taiwan, mainland and more than 20 other countries and regions.

Grandmaster Zhao Youbin, born in a family of Yang’s Taijiquan masters in 1950. He started leaning taijiquan at the age of seven from his father Zhao Bin (1906-1999), who is the grandson of Grandmaster Yang Chengfu. Zhao Youbin started teaching taijiquan at the age of sixteen. Now he has students in Hong Kong, Macao and Taiwan, mainland and more than 20 other countries and regions.

Mr. Yu Gongbao invited guests to answer some of the questions raised by the online audience during the press conference.

At the end of the event, experts and professors at the conference delivered their blessings and expectations, hoping that with the everyone’s efforts, Taijiquan, an excellent traditional Chinese culture, can be better promoted globally and benefit the physical and mental health of mankind.